Who will it be?

Farrah Abraham’s firing from the show has been the event of the season in Teen Mom OG. Even though she’s been publicly discussing her firing for months, the incident still hasn’t been aired on the show. That’s left fans with numerous questions about what exactly went down, but there’s one question that’s biggest in the minds of most fans: what will happen to the show after Farrah leaves?

Considering that Teen Mom 2 currently has five cast members, it would be pretty unbalanced to leave the Teen Mom OG cast with only three — it’s only natural that fans assume they’re looking for a replacement. The question is who!

Things are still up in the air, but there’s one cast member that seems to be on the short list for Farrah’s replacement. Fans are not happy with the idea of her being a permanent member of the cast!

In January, MTV aired a clip revealing the real reason Farrah Abraham was fired, including her fight with executive producer Morgan J. Freeman. It’s clear that this showdown was filmed for the new season, and although it hasn’t aired in its entirety, it looks like Farrah will be a cast member no more. It’s possible that the show will go on without her, but it doesn’t seem very likely.

So who will be replacing the controversial star? According to The Ashley’s Reality Roundup, MTV has likely narrowed it down to two possibilities: Mackenzie Standifer or Mackenzie McKee. 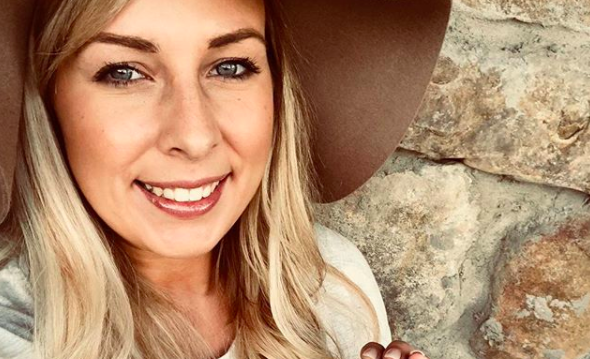 According to one of The Ashley’s sources, MTV is already planning to onboard Mackenzie. “They are planning to pay her around $3,000 an episode to take the fourth spot on ‘Teen Mom OG,’” the source revealed. “That would obviously be significantly less than the other girls make. It is not a done deal yet, but the consensus is that Mackenzie Edwards will get the spot. Recently, they’ve been filming her life with Ryan for Maci [Bookout]‘s segment almost more than Maci’s life. Plus, she was a teenage mother so it kind of makes sense.”

However, there are conflicting reports about whether it’s this Mackenzie in particular will be replacing Farrah. Another source told The Ashley that it will be Mackenzie McKee stepping up to plate.

“There’s a production team that’s been going down to Oklahoma to film Mackenzie over the past few weeks,” a crew member revealed to the outlet. However, it’s not clear that they’re filming for Teen Mom OG. “Right now, they are planning to use that footage to do a ‘Teen Mom’ special,” the source said. “It will likely be ‘Being Mackenzie’ but that hasn’t been totally confirmed yet.”

So, there you have it. Unfortunately for fans who dislike Mackenzie Standifer, it seems most likely she’ll be the one to replace Farrah. “There is no one else in consideration at this time,” the source told The Ashley. “Anyone else is just a rumor. If they are planning to use anyone else, it is being kept completely on the down-low.”

Fans were very upset at the idea of Mackenzie Standifer stepping up into Farrah’s position.