The family's getting even bigger!

When Teen Mom 2 entered its eighth season, it underwent one of the biggest changes the franchise had ever seen. The show went from a four girl cast to a five girl cast for the first time ever! The cancelled Teen Mom 3’s Briana DeJesus officially joined the cast, adding an entirely new storyline and a whole new batch of drama to the show, much to the delight of many fans. Then again, some people weren’t happy with the changes — including some of Briana’s co-stars!

Now, it’s time for another Teen Mom 2 cast update. Yet another new person has been signed on for the show, and Leah Messer might have pretty strong feelings about this one… 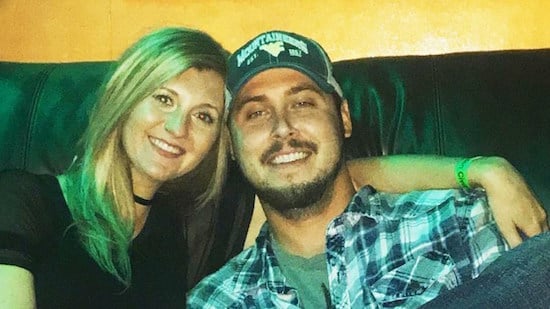 Leah Messer has been very vocal about loving her life as a single mom these days. Even though she’s tried dating here and there over the past few years, she’s been rocking the solo life for quite some time now. However, that doesn’t mean that her exes don’t play a big role in her life from time to time… especially since they’re the fathers of her three girls.

Although Leah and her first husband Corey Simms have figured out how to keep it civil in their coparenting relationship, she and her second hubby Jeremy Calvert haven’t seemed to figure it out quite yet. As we’ve seen, her more recent ex has his own share of drama unrelated to Leah, as well.His tumultuous relationship with his now-ex-fiancée, Brooke Wehr, has been quite the roller coaster!

In February, Wehr called off their wedding after she accused Jeremy of cheating on her. They were off and on for a while after that, and recently there were quickly shut-down rumors that they were trying to make it work again. Brooke put an end to all that when she posted an image that read, “What’s done is done. What is gone is gone. One of life’s lessons is keep moving on.” She captioned it, “I have finally learned and it feels freaking awesome to not let things get to you and tear u down.”

Apparently, Jeremy took her words about moving on to heart — and he’s found someone new!

He took to Instagram to share the good news with his followers, posting this photo of himself and a new boo cuddling together on the couch. He captioned it, “When true love comes together. Finally a woman that understands ur job and ur child. After 6 years apart s–t finally feels right. And it’s amazing.” He added, “Amazing night and so many more to come.” Jeremy also posted a picture of the words “I love you” written on a beach. He captioned it, “3 words that are way to loosely used now days and so easy to say to people. And I’m just as guilty as everyone else that says it for the most part.”

But now Jeremy and his new bae’s relationship is slightly more up in the air. The father-of-one has always been on and off of social media, habitually deleting his accounts and then returning again. Maybe fans’ comments got to him this time, because the star deleted the picture of himself and his girlfriend from Instagram. Then again, it’s also possible that these two have already split up even though they just got together a few days ago!

Do you think Jeremy has already broken up with his new girl? Let us know in the comments and SHARE this article!