These days, she’s far less head over heels. She recently threw serious shade at Chris for his parenting.

Chris took to Instagram to share some adorable photos of his rapidly growing son, captioning this adorable shot, “Can’t complain.” But apparently, Kailyn found something to complain about.

“Don’t be an Instagram parent,” Kailyn tweeted… all the way from her Hawaiian vacation! Chris fired back, “Buuuut a person who literally made a living off of putting their kids on tv and social media but hey who am I to talk.” He added, “honestly not worth my time lol.” Later, he tweeted, “I might have to violate someone today,” with a laughing emoji.

Amid the hefty accusations of Chris’s abuse, many fans are skeptical of the source. After all, Briana and Kailyn haven’t exactly been on good terms lately. And things have been even more tense since a Teen Mom sneak peek revealed she and Javi almost got engaged! “Briana really loves me and I see that,” Javi says, revealing an engagement ring he seems to have picked out for his girlfriend!

In the next moment, his friend says what everyone’s thinking: “Javi, you’re moving way too quick.”

Briana seems to have been very aware of Javi’s intentions. “If he does ask you to marry him, are you going to say yes?” one of her friends asks. Briana responds, “I don’t know!”

Briana has since spoken out about the ring in question. She revealed to Radar Online that Javi never ended up getting down on one knee. However, she did say that she may have said yes if “things were a little different.” But she did add that “[The ring] was pretty!” 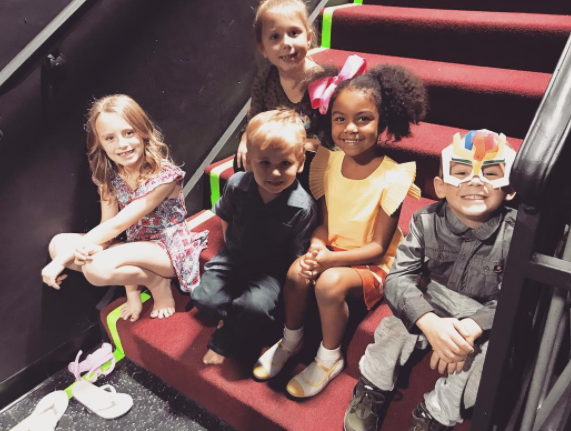 Now Kailyn is speaking out about their relationship. Things got messy during the Teen Mom 2 season premiere when Briana revealed she and Javi would be taking their children on a Disney vacation together.

After the episode aired, a fan shared advice with Kailyn. “Just let Issac tell u everything that happens on that trip kids know everything lol at least Issac wont lie to u like Javi does,” they wrote.

Kailyn responded, “[Isaac and Lincoln] came home calling [Nova and Stella] their cousins. That’s the kinda clusterf**k it turned into.”

Another fan responded, “Whats wrong with kids calling each other cousins??!! Better than them saying ‘my new sisters.'” Kailyn responded, “Bc the fact that they then dated and were engaged…. how was i supposed to explain that they were not ‘cousins’ but ‘step siblings.'”

There are definitely multiple sides to this story — and it’s not impossible Briana could be denying an engagement. After all, she and Javi dropped endless hints that they were considering marriage.